Did any of us ever think that people would use their phones to get online more than their computer 15, even 10 years ago? Probably not. The first mobile web browsers were slow, clunky, and hard to use. And then there’s the websites themselves. Many used Flash animations and other elements not built for phones, things that would frustratingly show up wrong or not at all on mobile.

But as 3G became obsolete and 4G became the new standard, (and 5G around the corner!) website development could no longer ignore mobile sites. Smartphones became cheaper and more advanced and basic phones started to disappear, until nearly everyone had a smart device in their pocket. With more use, websites had to be redesigned, and the answer to that was Responsive Web Design. 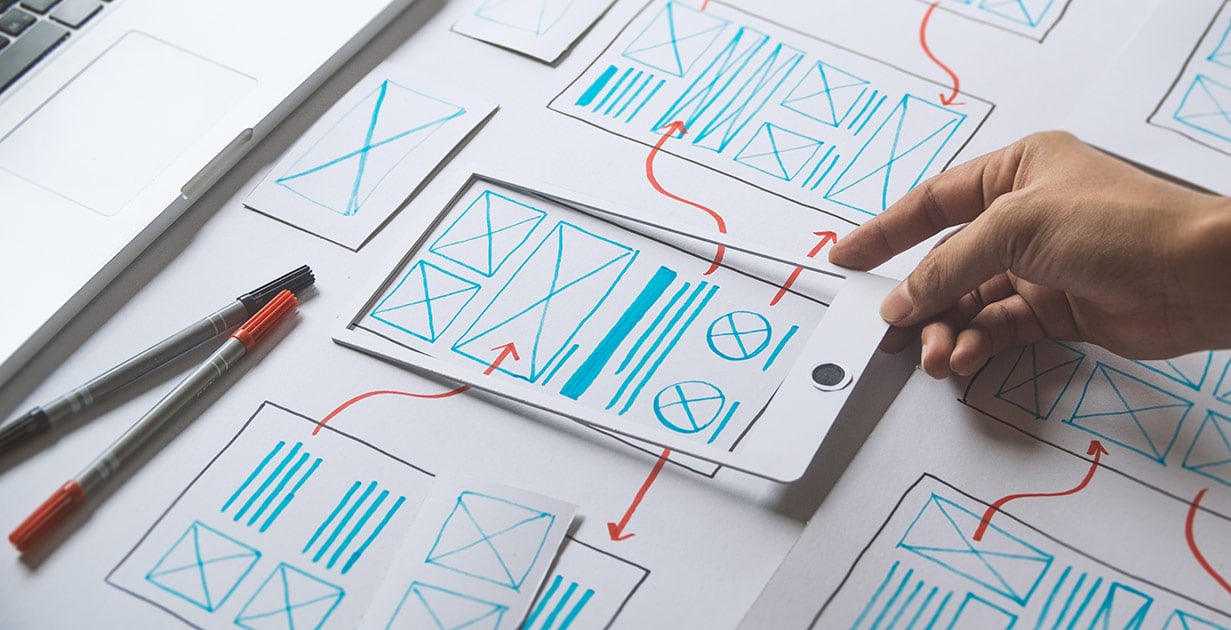 What is responsive web design?

If you’ve ever been to a site on your laptop and had to resize your browser window and the content shrunk or the menu changed to three bars, you’ve already experienced responsive web design. A responsive design is fluid and will adapt to any size window. Designers create this by making the content size a variable that depends on the window size, so that you’ll see it full-width on a large desktop and it will be shrunk and reorganised for a small phone browser.

Since Google has adopted a Mobile First policy now that smartphones are more popular than desktops, responsive design is crucial for SEO purposes as well. Sites need to load fast enough for mobile devices without any content being lost off screen or requiring too much scrolling in any direction. If you want to be found on a Google search, make sure your site works well on phones!

How do I get a responsive design?

Fortunately, many of the popular web building sites now include responsive design as part of their packages. But if you have an older site or one that’s on a platform that doesn’t have ongoing support, you could be missing out.

Our team at Back9 not only builds brand new websites, but can help redesign old ones as well. If you like the look and feel of your website and simply need an update so that it’s responsive and works across multiple devices, we can match your original design while adding additional functionality. Keep the site you love, while letting more people enjoy it from whatever they’re viewing it on!

Have a question? We're very "Responsive"!

Flick us an email